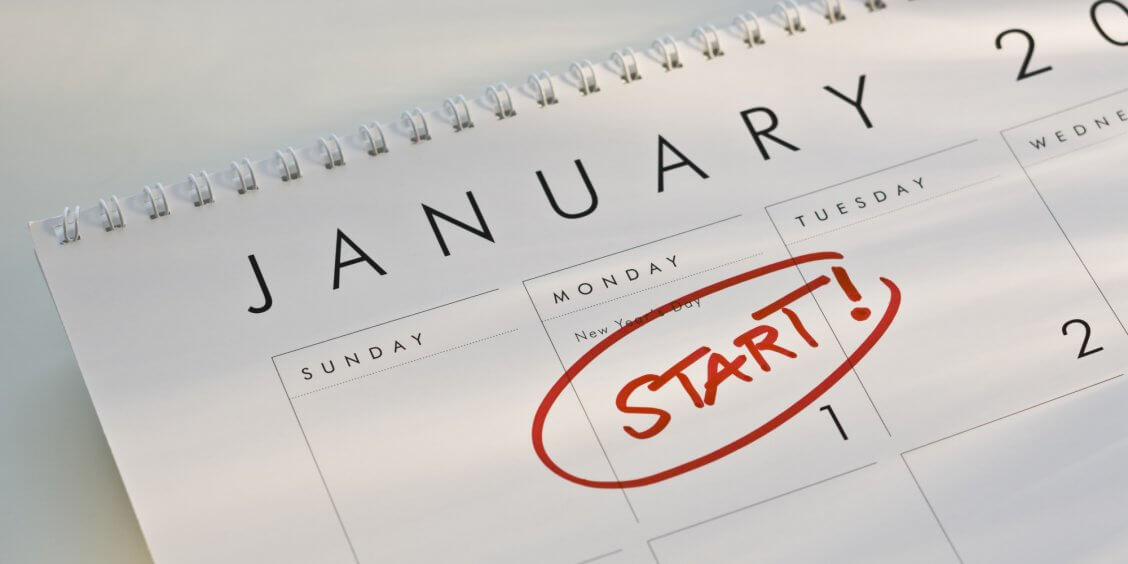 It’s the time of year to make resolutions, the annual ritual commitment to a personal goal, project or a new and better habit. While there may seem no time more optimal than the New Year for a new beginning and a clean slate, years of failed resolutions are also part of practically everyone’s personal journey. In fact, studies show that many people are unable to sustain their resolutions for even a week after making them, with a drop off rate of 40 to 60 percent, depending on the resolution. The final success rate is even poorer, according to a 2007 study by Richard Wisemen from the University of Bristol involving 3,000 people, which showed that 88 percent of those who set New Year resolutions fail, despite the fact that 52 percent of the study’s participants were confident of success at the beginning. The U.S. doesn’t fare any better, with data from the University of Scranton revealing that 45 percent of Americans regularly make New Year’s resolutions, but only eight percent actually keep them.

Some simply make the same resolution again and again, while others completely give up and think of resolutions as a waste of time. However, there are several proven strategies for success in making, and keeping, resolutions that I discuss with my patients each year. I’m delighted to share these with you:

Make a detailed plan. Write down your plan and be as descriptive as possible. Make sure your goals are not vague, as in ‘eat healthy, lose weight, be fit.’ The plan needs to include specifics such as what you plan to eat, how much and how often you plan to exercise. If you plan to lose weight, what is your process – calorie counting, low carb, a balanced diet approach? Being specific in the plan and writing it down much improves your chances for success.

Set check points. Establish smaller targets to help you track your progress. It’s easier to lose one to two pounds a week or a month than to set a 20-pound loss in six months as your aim.  Achieving smaller objectives also builds up the confidence and helps to move you further towards your ultimate goal.

Be realistic. No matter how sincere you are in your resolve, if you are not an early riser, you won’t get up at 6 a.m. to exercise every day! Don’t set yourself up for failure. Plan must-do activities or tasks that you like to do, at times when you’re more apt to do them, and have options, so you can avoid boredom.

Tackle one project at a time. I have seen people pick multiple resolutions to accomplish simultaneously, and inevitably crash and fail. Instead, identify the one that is most important to you and slowly work at it. Once you have achieved that, you can build on that success.

Be ready for failures and setbacks. It is not going to be always smooth sailing, and you should expect to hit some roadblocks and a step or two back for every few steps forward. Be prepared for that to happen and have a plan. Don’t be discouraged by mistakes, but learn from them and avoid making the same ones again.

Go public with your plan. A note of caution: this one can be tricky. Many are motivated to rise to the challenge and achieve better results when others know about it, but there is a sizeable percentage of people who will experience embarrassment if they publicly fail. Work this according to your personal preference, but it’s of value to let someone else know about your plan, whether it’s only your spouse or a trusted friend, or everyone you know.

Have a support team. Planning a resolution, like dieting exercising or quitting smoking works best with a team approach. Enlisting a partner or a group boosts your chances of success because you can gain support from others and they would be of great help when you are down or weak.

What’s your goal this year?  Set it, plan it in detail and get your support team ready. Don’t be afraid of small setbacks along the way, but make changes and stick to your plan. Next year at this time, you’ll be able to look back with satisfaction at having achieved at least one heartfelt goal in 2017. I wish you every success.

The nature of New Year’s resolutions has become somewhat more superficial over the last decade, focusing more on looks and body image than on improving the mind or internal character. Some of the top resolutions include: